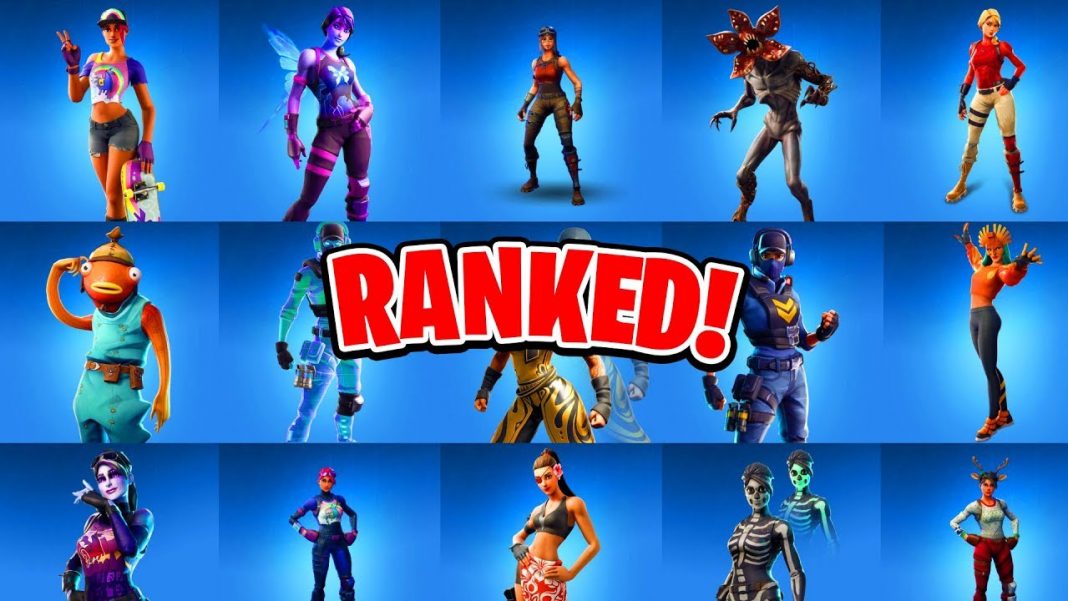 Fortnite has gone from strength to strength. 2022 looks to be one of the biggest years yet for the game’s competitive side. With the Grand Royale bringing the top Duos together at the end of the year, we’re back to seeing how teams compete outside of each season’s FNCS The game’s esports scene is as alive and exciting as ever.

Great players are always pushing the game’s skill cap to new heights. However, in a game like this, things move fast.

The best players from 2020/21 aren’t necessarily going to be the best Fortnite players of 2022. Last year’s FNCS tournaments saw some of the highest players in Fortnite rankings lose out to some who hadn’t particularly been on the radar. New players are coming up in the game all the time.

The new Chapter 3 update has completely reinvented the meta, so there’s space for new players to claim their spots as the top contenders.

These are the best players in Fortnite coming into 2022, the ones that really stand out at the moment:

These are the top 10 placements for each region in the last few FNCS events, and also going through cash cups from this year, seeing who placed in the top 10 the most. 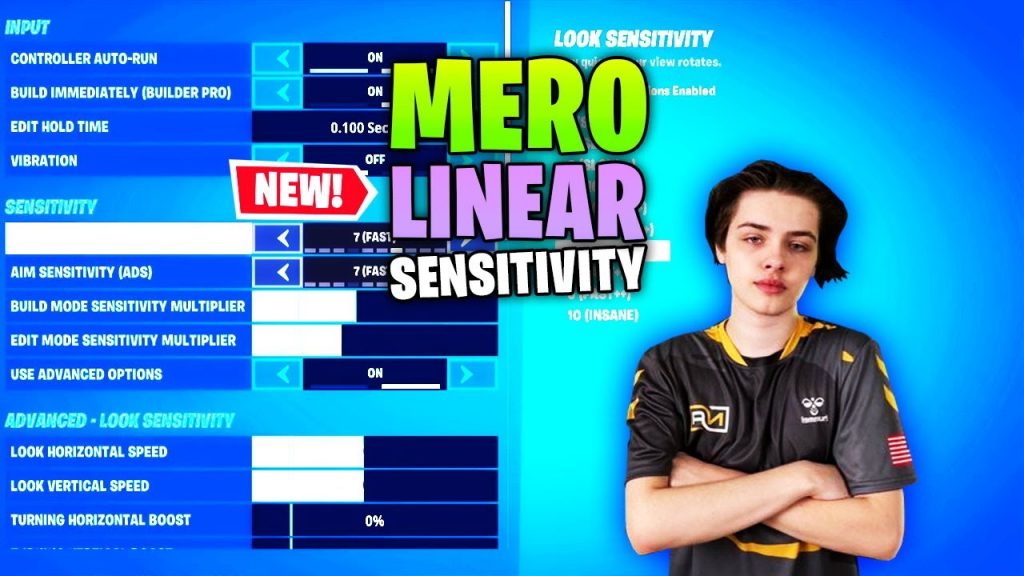 Mero is a player who has only been active since 2020 but has already managed to move seven times between different esports organizations. Most recently, he re-signed to Team New Age. Mero took home first place in the Fortnite Chapter 2 Season 8 Champion Series, kicking off an amazing run of results.

In Chapter 2, Mero played alongside Bugha, and Muz winning the 2022 Grand Royale. As the Chapter’s end event, this win means a lot. Heading in Chapter 3, Mero went from strength to strength.

The players’ results in Chapter 3 started well. First, he and Bugha won the Chapter 3 season 1 FNCS adjusting well to the Duos format. In Season 2, they pulled 3rd. In Season 3, 2nd. These are insanely stable results. No matter how the game changes, these two seem to be at the absolute pinnacle.

Bugha came out on top of the first Fortnite World Cup, his results dipped a little following but since then he’s came back in a big way. Playing with Mero, Bugha has become the player to beat in his region. These feats deserve a spot as one of the best Fortnite players in 2022. Bugha’s performance at the Fortnite World Cup was something else. He finished up Chapter 2 with a win at the Grand Royale.

That was followed by first palce in Chapter 3 Season 1. Even with major new Chapter changes, Bugha stayed on top. He then took 3rd in the next season, and 2nd in Season 3. Like with Mero, this is incredibly consistent. Bugha has won one of the top competitions to end Chapter 2, the major competition of Chapter 1, and he’s dominating the FNCS in Chapter 3. This is an insane run.

Rehx is one of the biggest names around in Chapter 2. Alongside Arkhram, he was part of the team that came in first at multiple FNCS alongside the recent Grand Royale in the second Chapter. This definitely makes him one of the best Fortnite players in 2022. Moving into playing as a Duo, Rehx remained strong.

He won Duo events alongside EpikWhale like the DreamHack Open. Across Chapter 3 he’s moved to playing with Reet, with some strong recent results. He took home 2nd place at the Chapter 3 Season 2 FNCS. that’s alongside 2nd at the final FNCS of Chapter 2. He’s been killing it in smaller competitions too.

You can see him competing in both NA East and NA West Cash Cups on the regular.

Malibuca is one of the more recent additions to the best Fortnite players in 2022. The player has been active since 2021. A year isn’t the longest time, but he’s marked himself out as one of the top rising stars. The player was part of a Duo that won the Gamers8 LAN. This wasn’t an FNCS event, but it did bring some of the top players together in a LAN format. This was a match with EpikWhale, but Malibuca has excelled with other partners too. 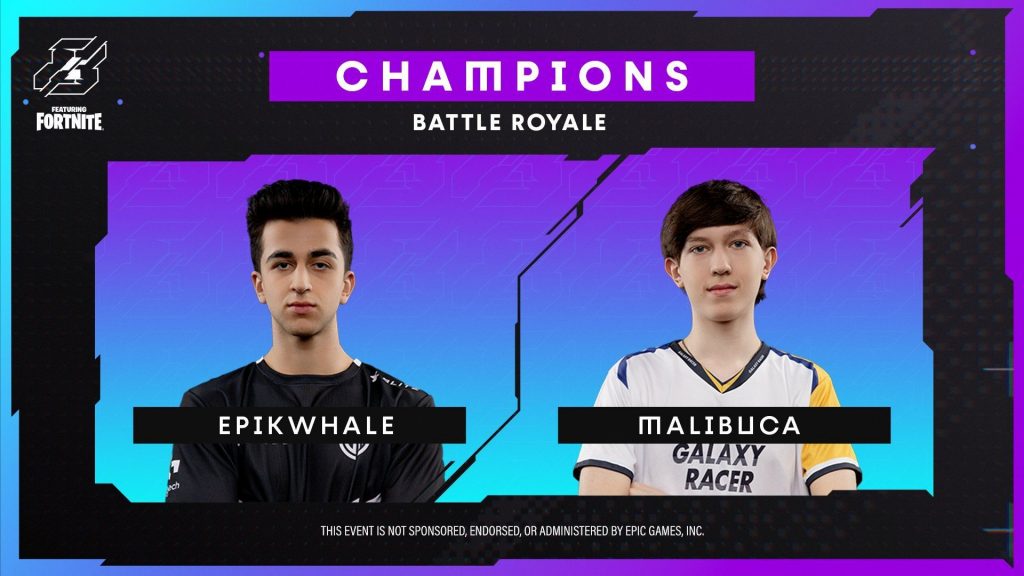 Malibuca has primarily been playing with Merstach. In this Duo he’s taken 2nd place at the Chapter 3 Season 3 FNCS, 4th and Chapter 3 Season 2. He hasn’t grabbed the full win yet, but second out of one of the most stacked regions is definitely impressive. Malibuca has risen fast in the rankings since Chapter 2, he’s defiantly one of the best players out there in Chapter 3.

EpikWhale has been one of the most consistent Fortnite players lately. He was initially catapulted to the top tiers of the game after the Fortnite World Cup. He took home third in the Solos of that tournament. In chapter 2, he was been part of a dominating trio with the two players from 100Thieves or with Reef, although, Epik himself is part of NRG.

Shane “EpikWhale” Cotton is a player who seems to be going from strength to strength. This kind of success makes him someone to watch in 2022. EpikWhale’s team won the Grand Royale with their region, along with multiple Chapter 2 FNCS tournaments. They wonSeason 6, 7, and came second in 8. He hasn’t been as strong in Chapter 3. They’ve still placed well in Season 3, coming in 11th and the a strong win at the Gamers8 LAN. With their performance and strong showing in Chapter 2, EpikWhale is still one of the top players around.