RiotGames a company that created one of the most popular esport games in the world – League of Legends – has announced that they’ve added MasterCard as their global sponsor.

MasterCard’s role will be seen first at 2018 World Championship and will continue for years to come. As a promotion MasterCard will organize multiple events and promotions while lucky few will gain access to specific prize: 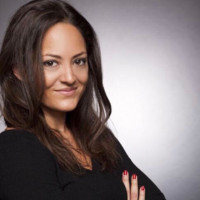 Naz Aletaha, head of esports partnerships at Riot Games had issues a following statement about their cooperation with MasterCard:

“We’re thrilled to team up with MasterCard on this groundbreaking partnership that will provide meaningful and long-term value to our fans. MasterCard is among the first of world-class brands to take such a big step into esports at the global level, and we’re proud to have them support League of Legends esports events alongside their other premier sports and entertainment sponsorships.”