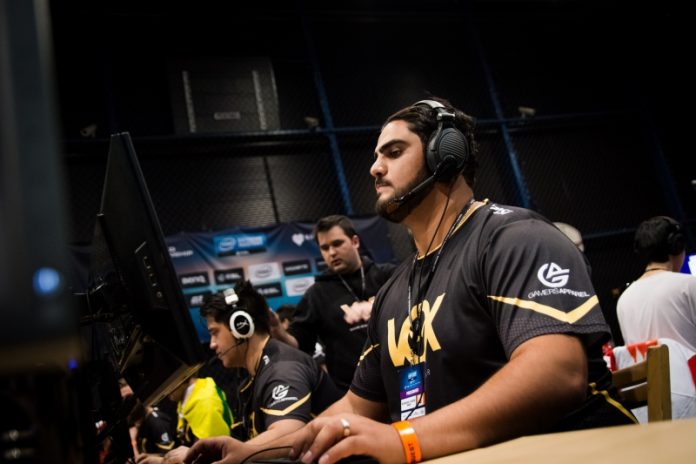 Chiefs have announced via Twitter that former Vox Eminor member Azad “topguN” Orami will play for the team at IEM Taipei.

The 27-year-old has been out of action since March, when he stepped down from Vox Eminor’s team, currently representing Renegades, due to not being able to commit to the number of hours required of him.

Azad “topguN” Orami is now set to make a one-off appearance for Chiefs at IEM Taipei, stepping into the shoes of Chris “Chrisoaow” Forman, who is unable to attend the event due to visa issues.

This means that Chiefs will compete at the event with two stand-ins as Ryan “zewsy” Palmerwill be replacing Tyler “tucks” Reilly, who is serving a ban from all ESL competitions. topguN to play for Chiefs at IEM Taipei

The Australian team, who won the CyberGamer Premier League Season 4 finals in Melbourne back in November, qualified for IEM Taipei after topping the Oceania Qualifier by defeating Immunity 2-1 in the grand final.

“TopguN was chosen as our 5th for Taipei, not entirely because of his raw skill, but the attitude he would bring that would be missing when CHRiSOAOW couldn’t play,” team member Christopher “dexter” Nong told au.cybergamer.com.

“That’s what a team needs, positive attitudes going into the big games. It is what Azad brings to the team, he keeps everyone in the right mind set with his experience and I couldn’t be more thankful for that.”

Chiefs have been placed into Group A for IEM Taipei, alongside CyberZen, Risky Gaming and MVP.Karnal, and will face the Malaysian side in their first match in the tournament.

With Orami’s addition, Chiefs will attend the event with: