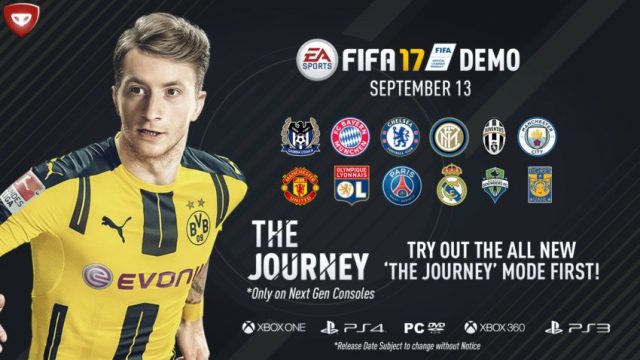 Reus is a highly-decorated winger and is widely regarded as one of the most dangerous attackers in Europe.  Reus was named Footballer of the Year in Germany in 2012 and has 29 appearances with the German National Team.  Reus was also recently named the captain of Dortmund, and will be wearing the captain’s armband in the coming season.

“It is incredible to see how fans get behind their favorite player – Marco plays for a great club, is really fun to watch, and he is very popular in FIFA Ultimate Team, so it makes a lot of sense that the fans picked him. Reus joins an elite group of international football superstars who have appeared on the cover of FIFA over the years.”

Reus was chosen over James Rodriguez of Real Madrid C.F., Anthony Martial of Manchester United, and Eden Hazard of Chelsea FC. EA Sports says that more than three million votes were cast over the course of the selection period.

“I’m honored to join a very distinguished group of footballers to appear on the cover of FIFA and most of all I am humbled that the fans have chosen me, and I will strive to make them proud with my performance on the pitch.”

EA Sports’ FIFA 17 is in development at EA Vancouver and will be available in North America on September 27 and worldwide on September 29 on PC (via Origin), Xbox One, PlayStation 4, Xbox 360 and PlayStation 3.

NFT GAMES FOR BEGINNERS – WHAT YOU SHOULD KNOW