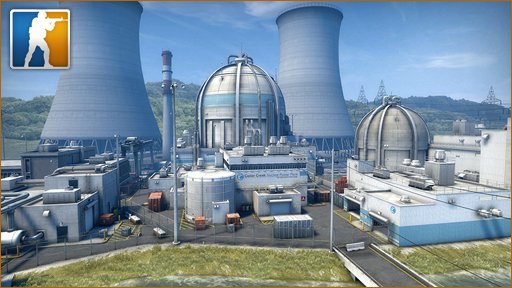 The new update was shipped tonight replacing Inferno with Nuke to active duty maps, as well as introducing something known as Prime Matchmaking.

This change likely means that Inferno will go into the map workshop for a bit of a polish and some tweaking from the developers while Nuke will now be played competitively by players around the world, with leagues already announcing it as an official map of play. For fans of less serious and more casual play, the developers appear to be attempting to combat smurf accounts and cheating by introducting a new Matchmaking service, known as “Prime Matchmaking.”

Information on Prime Matchmaking can be found below in this statement from Valve:

CS:GO is running an experiment to find out whether players will have a better matchmaking experience when they are matched with players who are using a phone-linked CS:GO account.

If you own multiple CS:GO accounts, be sure to upgrade your favorite one since you can only upgrade one CS:GO account to Prime status with your qualifying phone number.

Once there are enough Prime accounts, we will begin Prime Account Matchmaking and will start prioritizing matching Prime status players with each other.

There’s nothing else you need to do (except convince your friends to click that Upgrade button too so we get enough players to start testing!)

Added main menu UI to register for a new beta.

Updated a Wildfire mission (YOINK!) for the bonus condition to use Santorini instead of Nuke.

demoinfogo tool code is now available on GitHub and no longer ships as part of SDK.

demoinfogo includes a GitHub fix for PlayerInfo being retrieved with wrong Entity if players reconnect during the match demo (Thanks rchh!).