Game of the Year edition of Batman: Arkham Knight could soon be on the market, given that the German Amazon was little early with the publication of the game.

It is possible that there will be no PC version of the game or it will be available exclusively in digital form on Steam and other services for digital distribution of games. However, if Warner Bros. did not publish GOTY edition for the PC, we believe that many PC gamers will be very angry with this decision, since the disastrous state it came out on that platform. 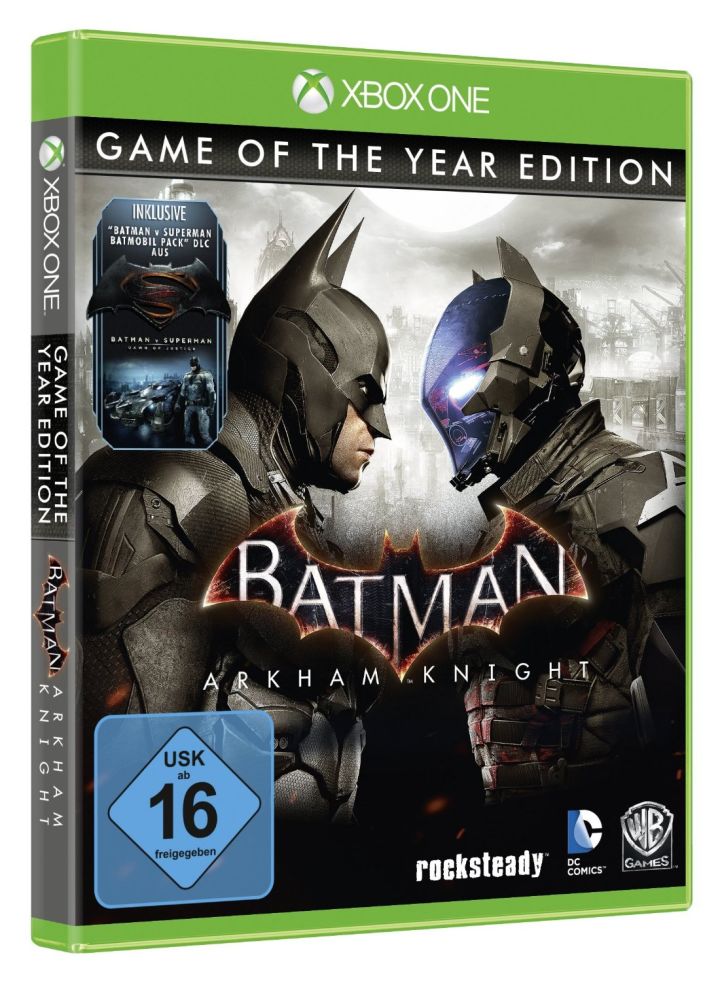 Warner Bros, of course, is yet to officially confirm the GOTY edition, so we will wait and confirm the publisher before the public official.

Arkham Knight GOTY edition also could join Batman: Return to Arkham edition for PS4 and Xbox One, the collection title Batman: Arkham Asylum and Batman: Arkham City, with better graphical appearance, and all the DLC and GOTY bonuses.