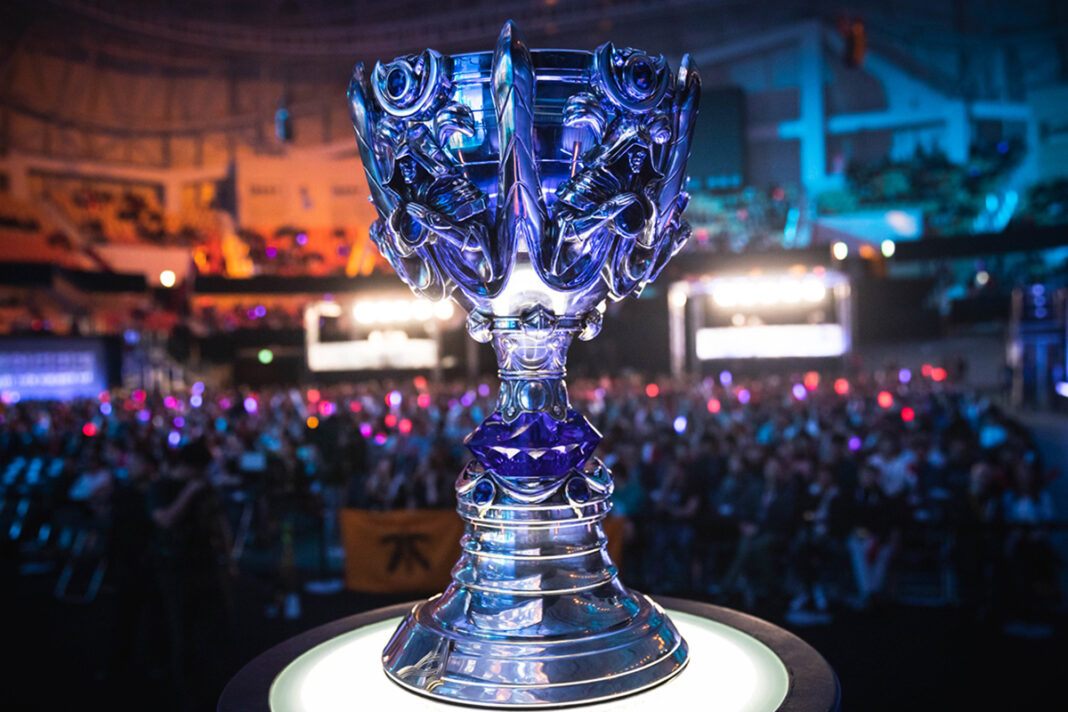 At the League of Legends World Championship finals in San Francisco, South Korean team DRX pulled a surprise victory over T1, the three-time Worlds winners. The final score was 3-2.

In the venue, the announcers described DRX’s win as the result of “a miracle run.” Players on both teams — winners and losers alike — wept.

The finals pit two South Korean teams against each other in matches of wits and technical prowess. “League’s” annual esports tournament had an interesting narrative this year: One of the teams, T1, was a clear crowd favorite as the winningest organization in the esport’s history; the other, DRX, has been the underdog few predicted would get this far. In the end, the underdog prevailed. Cheers of “DRX” broke out in the venue.

Thousands attended the Worlds in person, and even more tuned in online to see two teams face off for first place — as well as the larger chunk of a mostly crowdfunded prize pool. (The final figure hasn’t been announced.) The winning team will take home approximately half a million dollars, a figure that could go up if Riot sells more in-game cosmetics, the company said.

Online event viewership peaked at 5,031,323 viewers, according to the tracking and analytics service Esports Charts. The figure does not include Chinese platforms.

Notably, both teams in the finals were South Korean, marking the return of the country’s dominance in “League” esports after China took home the win in 2021, 2019 and 2018. Returning winner T1 has one of the most recognizable players, Lee Sang-hyeok, better known as “Faker,” a midlaner with reflexes that recall those of the greatest basketball athletes.

Going into the finals, veteran fans of “League” have naturally gravitated toward rooting for T1, though some were charmed by the Cinderella story of DRX, which has never won before.

“DRX came into Worlds with a lot of doubts around them,” said Eric Teixeira, a Brazilian content creator and journalist. “They keep improving and getting more consistent.”

Teixeira bet $40 on what was thought to be an unlikely DRX win during the quarterfinals in New York and won $400, against the odds.

LoL: Fnatic’s Upset – Players test positive for COVID-19 ahead of...

Most ambitious opening ceremony ever for the Worlds 2022 finals by...

Top-ranked LoL player explains how Dota 2 is better than League...

LOL: New Merge On The Way – KOI Goinig With Rogue?