Mirror’s Edge Catalyst is an action-adventure platform video game developed by EA DICE and published by Electronic Arts. The game was released for Microsoft Windows, PlayStation 4 and Xbox One in June 2016. It is a reboot of 2008’s Mirror’s Edge and revolves around protagonist Faith’s origin and her attempt to overthrow a totalitarian conglomerate of corporations who rule the city of Glass. 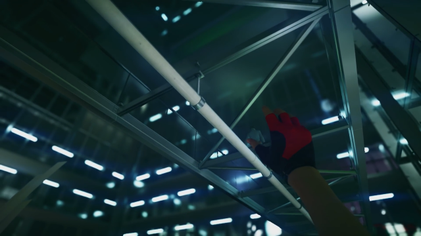 Mirror’s Edge Catalyst was released to a mixed critical reception, with most reviewers praising the free-running gameplay and visuals, but criticizing the story and combat.

Mirror’s Edge Catalyst is a first-person action-adventure game in which the player takes control of Faith Connors as she progresses through a futuristic city named Glass. Similar to the original Mirror’s Edge, players traverse the city using aspects of urban exploration and parkour movements to complete missions and evade or fight enemies. Players can also make use of environmental objects such as zip-lines and ledges, and equipment including Mag Rope and Disruptor to travel across buildings. When players mark an objective on their map, Faith’s “runner vision” is activated and some scenery items automatically highlight in red. These act as guides to lead players towards their objective. The use of levels and linear gameplay found in the first Mirror’s Edge has been replaced with an open-world, free-roaming environment. This gives players more freedom in traversal, allowing for the use of multiple paths to reach one’s objective. In addition to the campaign’s mission, side activities such as time trials, races, and environmental puzzles are featured. Additionally, items called Gridleaks can be found across the world that can be collected by players.

Combat mechanics of the game received an overhaul and a new combat system was developed as traversal is greatly emphasized in the game. Also, though only used sparingly in the previous game, Mirror’s Edge Catalyst has removed the use of guns by the player altogether, focusing on Faith’s running and parkour movements and quick melee-style attacks to take down or evade her enemies. Faith enters focus mode while she is running. With sufficient focus Faith can evade bullets from enemies. According to Sara Jansson, the senior producer of the game, the combat and fighting featured is an extension to the game’s movement instead of a separated set. When Faith is performing a finishing move, the game switches to a third-person perspective.

Mirror’s Edge Catalyst contains several multiplayer features, which DICE calls Social Play. While there are no live co-operative multiplayer or side-by-side competitive modes, the game features asynchronous multiplayer in which a player’s actions in the game can affect the world for other players’ games. Among these are Time Trials which, unlike in the 2008 game, are not pre-defined by DICE. Instead, these checkpoint-to-checkpoint paths are set by any player whereby others can race against them at their leisure for faster times. Players are also able to place Beat Location Emitters for other players to track down, an exploration activity similar to geocaching.