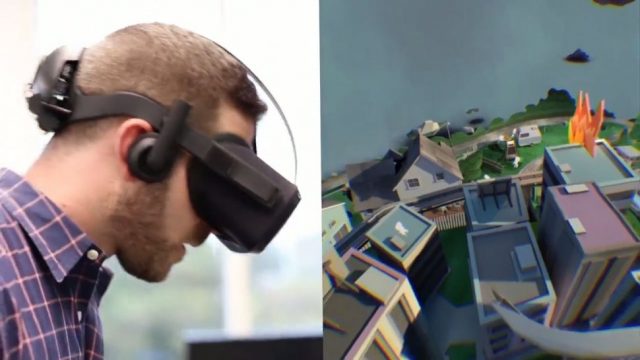 The prototype of the product, shown off by Facebook’s Mark Zuckerberg at Oculus’s Connect Developer Conference, is the firm’s first stab at doing just that.

The product, only referred to on-stage as the “standalone headset” and going by the codename Santa Cruz, won’t be ready this year, but development is well under way.

Following Zuckerberg’s comments, he showed a short video of a tester using the prototype. The video was no more than 30 seconds and showed someone using a shoddy-looking headset to explore virtual reality sans wire.

The idea itself is an admirable one, and something a vast majority of virtual reality enthusiasts have been clamoring for. Being able to bring devices like the Oculus Rift with you wherever you go with lugging around your desktop would enable more connected experiences and perhaps give VR the nudge it needs to finally hit the mainstream.

Zuckerberg said that he’ll share more details on the headset in due time but, for now, potential fans of powerful, tetherless VR will just have to hold on tight.