It’s been 20 years since Duke Nukem helped fight off an alien invasion of Earth in Duke Nukem 3D, and to celebrate the classic ’90s first person shooter is being brought back and getting a makeover to boot. 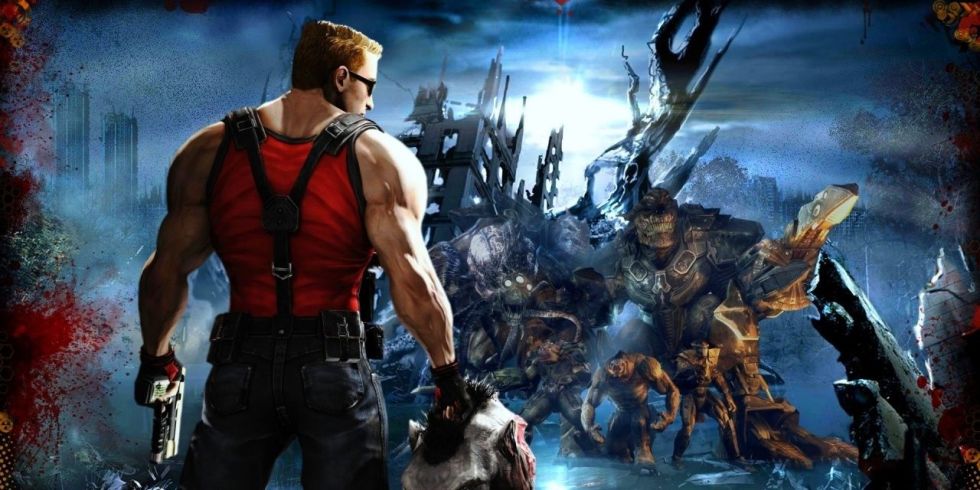 Gearbox Software announced at its PAX West panel today that Duke Nukem will be back in the 20th Anniversary Edition World Tour repackaging of the game.

The game will come with an all new episode featuring eight original levels that have been created by Duke Nukem 3D’s original designers, complete with new music and new voice lines from Duke voice actor Jon St. John too.

Technology has moved on quite a bit since 1996, so the Duke Nukem 3D Anniversary Edition will be released on Xbox One, PS4 and PC via Steam, and as part of its makeover it will also see the visuals and frame rate receive an update too.

But don’t worry if all you’re after is the retro feel and the opportunity to relive your youth, because there will still be the option to play with the original graphics too, without any of that fancy, new-fangled modern tech getting in the way.

“Making it possible for Allen, Richard, Lee, and Jon to all come back together 20 years later to bring a whole new episode to the classic game is just one of those rare and incredible things that I hope will bring joy and happiness to hardcore video game fans new and old,”

Duke Nukem 3D: 20th Anniversary Edition World Tour will be released on PS4, Xbox One and PC on October 11.