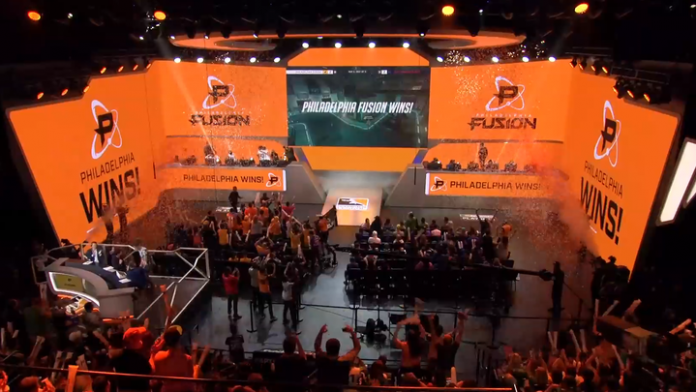 New York Excelsior to reach OWL Grand Finals.
Everyone expected NYXL to advance with potential of Fusion to maybe make a stand but very few expected Fusion to send home NYXL with 3:2 victory in decider match day.
How big favorite NYXL was best tells the stats of Win percentage on maps that were played on 2nd day.

From 5 played maps Fusion had better win percentage only on two maps. Lijiang Tower 71% > 49% of NYXL and Dorado with only 3% advantage in Philly side.

NYXL just didn’t look like dominant team we got used to see them. Pine was the only one making difference in his team on Junkertown, while Philly had EQO and Carpe who were sawing people down left and right. It looked promising for NYXL on attack as they got to 2nd point cap quite fast and had over 5 minutes in the bank. However Fusion had something to say about that, with few clutch defenses they moved their first line close to choke points and managed to pick out players and stall NYXL attacks enough to secure the map 1. 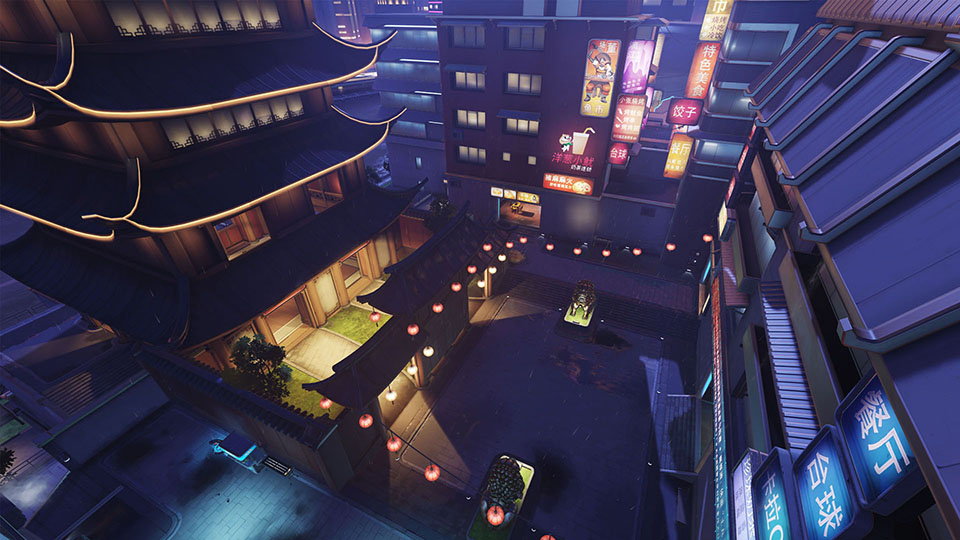 Lijiang tower stared really good for Fusion as their aggressive play chased away NYXL two times almost to their spawn point, but it fired back eventually with overextending which was severely punished later on. Huge dragon strikes by Pine were crucial in rest of the map as they every time connected to at least one support hero or more.

It looked like Lijiang tower will end up fast with quick 7% – 99% in favor of NYXL but Fusion managed to take over the point in overtime and to hold it to 100% with huge plays from EQO on Phara.

NYXL looked like better team for most of the 3rd map part but Fusion never gave up. They kept contesting the point even though Excelsior was keeping the tab on it and collecting percentage. However with numbers advantage Fusion managed to turn things around and cap the point.
It came to nail biting double overtime just to have NYXL show their excellence and JJonak his play on Zenyatta to secure 2:1 map and 1:1 in overall score. 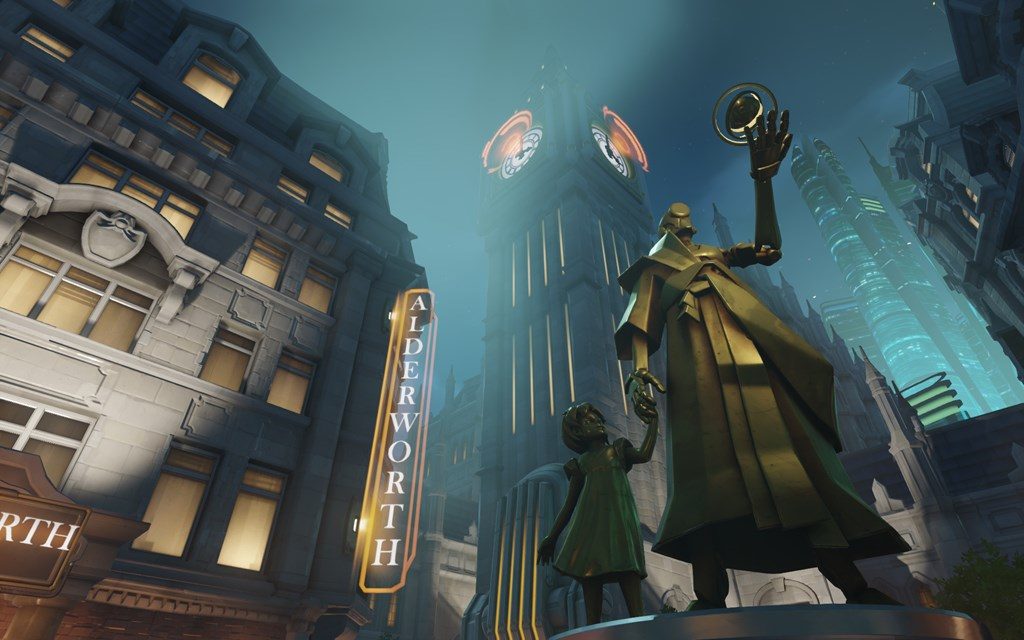 Fusion started with aggressive and very successful attack on Kings Row. Quick kill on Orisa gave them number advantage and easy first point. They started with quick and fast won fight and they kept it running until the end where they finished 3 points with more than 4 minutes remaining. Hard feat even for NYXL to overcome, but as best team in the league if someone can do it, it’s them. Fusion stared defense with convincing first fight just to confirm that NYXL cannot best the time remaining even if they finish all 3 points. They defended with structure and discipline while NYXL was trying to make big plays and failed on fundamentals. Fusion finished map with convincing 3:0 as NYXL failed to cap first point and even make double digits kills on map where they had 9-1 score during the regular season. Big win for Fusion and 2:1 in overall score. 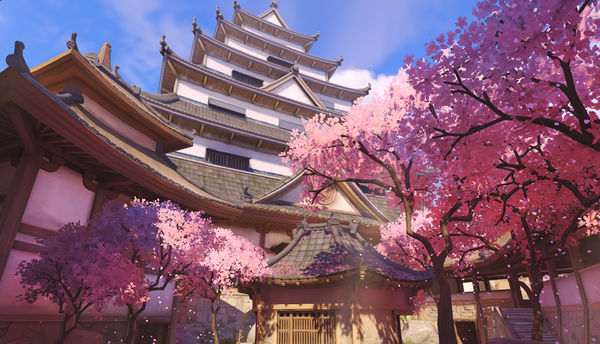 Fusion kept the working recipe from previous maps as they moved into point 1 of Hanamura with aggressive lineup after picking off D.Va from the window. Fight started on point and it took a while for spawn distance to work it’s part where Fusion had clear advantage due to shorter way back to point. Number advantage and Carpe’s great picks with Tracer granted first point to Fusion which didn’t stop there. They’ve moved fast to second point where NYXL was still grouping up due to some delayed deaths, however Fusion failed to make any progress on point. NYXL started their recognizable defense where everyone participates in kills and carrying team fights, so one after another they’ve defended attacks from Fusion which looked confused at the end.

NYLX started their attack with Genji(Libero) and Ana(JJonak) in lineup with plan to Nano-boost Genji’s blade but it was not needed as Libero made two quick kills on Orisa and Mercy while JJonak had two incredible sleeps in short period of time to completely decimate Fusion’s defense efforts. Quick point one for NYXL with more than 7 minutes remaining for just one tick of point 2. What looked like complete stomp by NYXL was stopped in tracks by Fusion who decided not to wait for NYXL attacks but to attack themselves. Few well thrown D.Va ultimates completely stopped NYXL momentum and it looked like we will have one more time consuming but well defended second point. NYXL decided to not push trough chokes by brute force but to collect all ultimates and then play one big and heavily supported push in order to get that one needed tick. And that is exactly what happened. Not that simple as Fusion put up a fight but eventually Winston and D.Va chasing of healers and damage of NYXL made room for NYXL to cap the so much needed tick and get the match into 5th and final map. 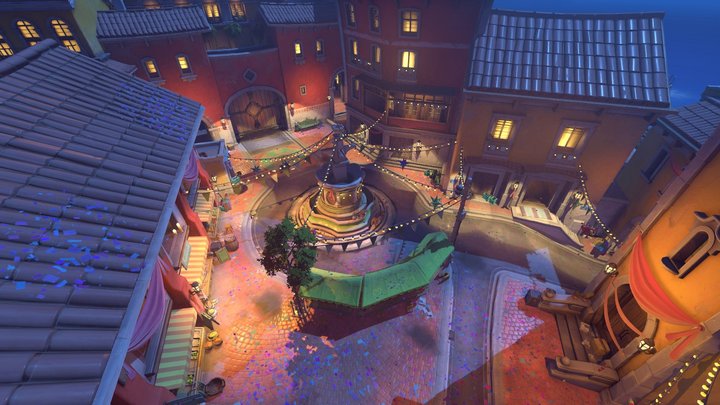 Dorado started tough for both teams as it was deciding map for NYXL(if they lose they are out) and one more play day for Fusion(1:1 score and one more BO5 to be played). NYXL decided to run somewhat defensive setup as their first defense point was all the way back on marker which gave a lot of room for Fusion but each death would mean longer return time – with slight advantage to attacking Fusion. NYXL started well as they won first fight but in next one they falter under clear shatter attempt by Fusion which wasn’t possible to counter as Reinhardt was shielded by Zarya and NYXL only had Orisa shield which was easily passed trough by Reinhardt. Three man shatter meant the fight is over even though NYXL made an effort to postpone point 1 cap for as long as possible. Hard and long fights kept happening to the bare end of point 3 where it looked like Fusion will cap it without much problem as NYXL was running in one by one as they respawn but eventually managed to get a triple kill and clean up the point to keep Fusion inches away from cap.

NYXL as attackers started strong and were barely stopped until last turn near point 3 where fight took a while but closer respawn point for Fusion eventually tipped the fight into their favor. Huge fight there Mano(Winston) was camping Fusion spawn point made it look like it’s all over but Poko(D.Va) was holding the cart in place as he delayed all efforts of NYXL to pass the choke point. With lost fight Fusion regained a momentum and managed to stop all attacks of NYXL with again aggressive plays instead of defending. It came to overtime where EQO(Phara) managed to get kill on Zenyata before everyone else fell one by one to secure spot in grand finals against London Spitfire!