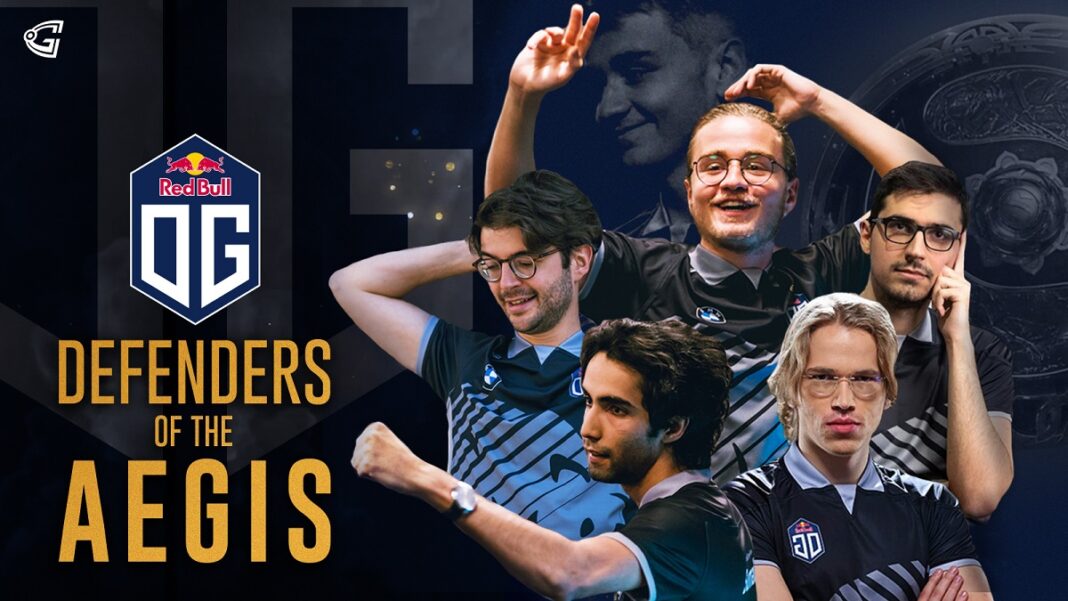 Due to visa issues, OG’s Dota 2 team had to play with a stand-in in all Major tournaments except Riad Masters this year. Despite achieving great success, all members expressed their willingness to continue playing with the team’s missing member, Misha, which will be the case in the upcoming The International 2022.

OG’s Twitter account posted a feature consisting of team members and Ceb. Considering the former TI champion has been standing in for the team in past events, fans assumed that OG was getting ready to play with a substitute once again.

In a follow-up tweet, OG confirmed Ceb was with the team as a second coach, meaning OG would finally get to play with its entire roster in a Valve LAN event, and the biggest one at that.

who let THIS GUY in here pic.twitter.com/XCHaLSAvr0

The latest iteration of OG was formed in Nov. 2021, and the squad was able to become one of the top teams in the world in quite a short time. Conquering home turf meant an invitation to compete against the best teams from all around the world in tournaments held around the world.

Though OG was able to get four of its players to tournament locations without any trouble, Misha ran into continuous visa troubles throughout the year. OG was one man down in most major events where two-time TI champion, OG’s co-founder Ceb, or the team’s coach, Chuvash, had to stand in.

Not only is arranging stand-ins a stressful element for teams, it can also take a toll on the player missing out on the event. Misha is also OG’s captain, and he worked tirelessly amongst his teammates throughout the season to make it to the majors. After performing in the regular DPC season, missing out on the Majors could be disheartening, but both OG and Misha remained optimistic for the future.

The International 2022 will be the second LAN event the OG will get to play with its class of 2021 and they’re already considered one of the teams likely to secure a top finish.