When we announced the first CS:GO Major Championship in 2013, we hoped the Majors would be rallying points for the community, tent-pole events that could draw new audiences and amplify the value of all events.

Since then, the professional CS:GO community has been growing at an incredible rate. CS:GO tournaments are now among the largest esports events in the world, drawing global audiences of millions of viewers, filling massive venues, and garnering higher prize pools. Professional CS:GO has grown, and the CS:GO Major Championships are about to grow with it.

We’re pleased to announce that beginning with MLG Columbus 2016, each CS:GO Major Championship prize pool will be $1,000,000.

We look forward to another great year of CS:GO competition. 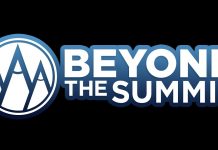