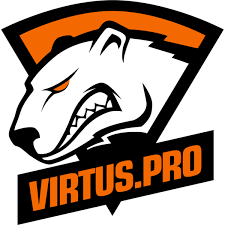 Virtus.pro won DreamHack ZOWIE Open Bucharest 2016 and bagged the $50,000 grand prize in two maps over Cloud9. The first, Train, ended 16-9, and would foreshadow the second map, Cobblestone, which ended with the exact same scoreline.

A two-smoke inside execution on the B site of Train by Cloud9, who managed to close out the round in the afterplant kicked the final off. The polish side tied it right back up, however, forcing up and winning the pistol buy round.

With 3-1 up on the board for Virtus.pro, both teams traded rounds but it was the Polish side that would eventually start chaining rounds together eventually finding themselves up 9-2 after the 11th round. While Cloud9 managed to tally up a third, Virtus.prowon the follow-up resetting the American team’s economy.

The terrorist side half was disappointing for Cloud9, as Virtus.promanaged to take a 12-3 lead easily plowing through the North Americans, who tried everything from fast pushes to set pieces to try and break an impenetrable wall set-up by the Poles.

Cloud9 managed to take the CT side pistol, retaking after a plant on B by Virtus.pro. After having planted twice in the first rounds,Virtus.pro tried to put one more nail in the coffin, but Cloud9managed to hold the inside play, pushing the Poles on another eco and closing the gap to 12-7.

Finally, on the 21st round of the first map, Virtus.pro were able to put a round up on their terrorist side, and it was smooth flying from there. The Polish side then won two rounds in a row, and with 15-8 on the scoreboard the American side’s options on the first map. A big push by Jake “Stewie2K” Yip on B kept Cloud9alive, but it only pushed back the inevitable as Virtus.pro closed down the map on the following round, 16-9. The Poles plowed through the first map

Cobblestone started with the North American side winning the pistol round on the terrorist side. A quick pick by Janusz “Snax” Pogorzelski on mid with the desert eagle gave Cloud9 flashbacks from Train, and the Polish side did indeed go on to stop Cloud9’s B push winning the second round.

A 1vs2 clutch by Mike “shroud” Grzesiek on the fifth round putCloud9 within one round of Virtus.pro, and were then able to tie it up 3-3. From there on out, Cloud9 got in the driver seat and started to run away with the first half of the map, all the way to 7-3 after the 10th round. Finally, however, Virtus.pro willed themselves back in the game picking up three more rounds before ending the half and giving themselves a chance in the second half. Virtus.pro lift another title in Bucharest

Virtus.pro got right back in the game, tying it 9-9 after winning the pistol and the following two rounds. This would turn out to be the beginning of the end, as the Polish side would once again turn the plow on and glide to victory winning every round on the terrorist side, leaving the final score at 16-9.