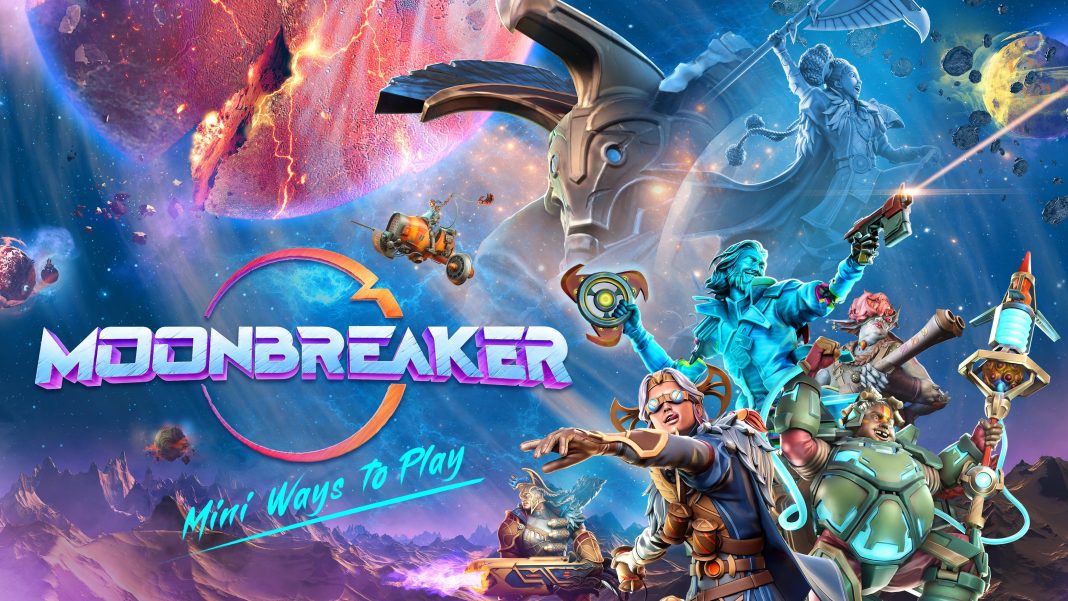 Gamescom 2022 has kicked off in Colonge, Germany and brought with it a new slew of video game announcements. New games were announced, we got new looks at upcoming titles that were already announced, PlayStation unveiled a new controller, and much more.

For those of you who have yet to catch up, here’s a recap of the biggest video game news that happened:

Stranded: Alien Dawn is a new survival strategy game from Haemimont Games (Surviving Mars). In the game, you take charge of ensuring the survival of a marooned group of spacefarers who have crashed-landed on an alien planet. You’ll have to build shelter and keep your survivors fed, as well as protect them from the unknown threats on this new planet.

The Callisto Protocol is coming on Dec. 2, and new live gameplay was shown off during Tuesday’s event. There are tentacles! Tentacles that mutate.

Zombie action game Dead Island 2 has long been in development hell, first announced in 2014 and being passed around multiple studios since. A new trailer featuring a release date for the game finally debuted at Opening Night Live at Gamescom 2022. Dead Island 2 will finally (probably?) arrive on 3 February 2023.

Sonic Frontiers gets a release date

The curious new Sonic the Hedgehog game, Sonic Frontiers, had its releae date officially revealed during Gamescom 2022, after a several unfortunate leaks. Sonic Frontiers will release on 8 November 2022, and the game received a new story-focussed trailer to mark the occaision.

A new studio, Ironbird Creations, from publisher All in! Games announced its new game, Phantom Hellcat. The 3D hack-and-slash game has a teen protagonist hunting down evil. No word on the release date, but it’s expected to come to Windows PC and consoles.

Hogwarts Legacy gets a new trailer

A new trailer for Hogwarts Legacy, the upcoming open-world action adventure set in the Harry Potter universe was revealed at Gamescom 2022, and it explores the darker side of the wizarding universe. It appears that Hogwarts founder Salazar Slytherin will be a key part of the game’s narrative, as will the spider Aragog and several nasty creatures.

Dune is getting a survival MMO, Dune: Awakening

The revival of Dune in cinemas certainly has injected new interest in the franchise. There’s already the strategy game Dune: Spice Wars, and now a survival MMO called Dune: Awakening has been announced at Gamescom 2022.

In a bizarre turn of events, upcoming DC Comics action game Gotham Knights has recieved a new release date – but instead of being delayed to 2023 like just about every other video game, Gotham Knights will actually be released earlier than expected. It’ll now release on 21 October 2022.

Killer Klowns from Outer Space is getting a video game adaptation

Remember the cult 1980s horror film, Killer Klowns from Outer Space? Where aliens who look like clowns invade earth? No? Well, that movie is getting a video game adaptation, and it’s an asymetrical, 3v7 online multiplayer game that pits killer klowns against humans, much like other horror games Dead by Daylight and Friday the 13th: The Game.

Moonbreaker is a new miniatures game from the Subnautica team

Inspired by tabletop gaming and miniature RPGs, Moonbreaker is a turn-based sci-fi strategy game from Unknown Worlds (Subnautica) that looks and plays like a physical tabletop campaign. You’ll be able to paint your figures before you put them into play, and author Brandon Sanderson (Mistborn) is involved in the worldbuilding.

Moonbreaker looks to full of character and colour, despite the characters in the game remaining perfectly static, as if they were real miniatures. According to the developer, the goal is to ‘capture the feel of a physical miniatures game without the real-world downsides.’

Moonbreaker will be available on Steam, beginning with an early access phase, and the game currently has a playtest running.

Friends Vs. Friends is a colourful new competitive shooter with a twist

Scars Above is a new sci-fi action shooter

Prime Matter (System Shock remake, Gungrave G.O.R.E.) and Mad Head Games have revealed Scars Above at Gamescom 2022, which is described as a ‘challenging sci-fi third-person action-adventure shooter’, set on an alien world. Descriptions of the game emphasise its difficulty and the reward that comes with overcoming that.

What little gameplay is shown in the trailer reminds us of Returnal and Remnant: From the Ashes, but we’ll have to wait to find out more.

Scars Above will be available on PC, PS4, PS5, Xbox One, and Xbox Series X/S, though no date has been announced.

The Lords of the Fallen

The Lords of the Fallen was announced from Hexworks. It’s a follow-up to 2014’s Lords of the Fallen, and coming to PlayStation 5, Windows PC, and Xbox Series X. In the three-minute trailer, Hexworks showed off the dark fantasy world.

Wait for part 2 on GuerillaMethod