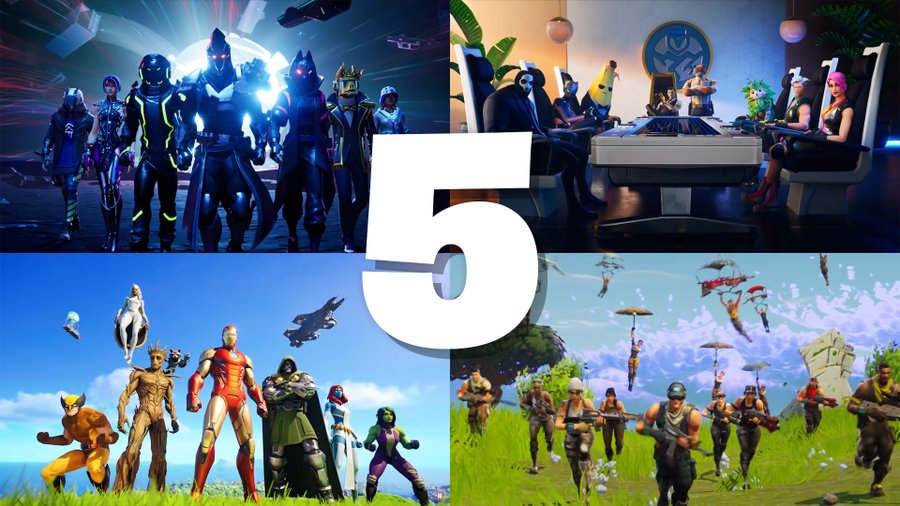 Fornite Chapter 3, Season 4 is approaching quickly as its long summer season begins to wind down. With a new season of Fortnite coming this month, the leaks and rumors conitnue to pour in, as they always do. As it stands right now, it seems one rumored season theme is gaining credibility as the in-game Reality Tree continues to spread its oddly nostalgic influence. Here’s everything we know about the Fortnite Chapter 3, Season 4 release date, battle pass, and more.

Epic usually doesn’t formally announce a new season’s start date until the last minute–sometimes the company doesn’t even announce it before it arrives with a game update. But we can always reliably infer when the next season begins thanks to the in-game battle pass menu.

Read more: How Much Do Professional CS:GO Players Earn?

This lines up perfectly with Fortnite’s recent new season rollouts too, which have been occurring on Sundays for about a year now. That means the last day of Season 3 should be September 17. If you’re still finishing up your battle pass, you’ve got until then to do so.

With each outgoing season, fans hope for another Fortnite live event. These cinematic, story-driven events play out like live theater where each player has a direct hand in the action. They’re a ton of fun, so it’s no wonder players hope each season brings a finale event.

As of right now, it appears as though no event is coming for the end of Season 3, despite the rumors weeks ago that suggested something might be in the works. The 21.51 update, which was reasonably touted by dataminers as suspiciously timed, ended up having nothing of note in its files, according to the same dataminers.

Well, nothing new with the update. We’ll have to wait for Season 4 & the teasers from now on..

It’s also worth noting that, though most events come at the end of a season, they occasionally occur at the start of a new season, such as the Zero Crisis Finale, which came as part of the Season 6 update in Chapter 2, meaning it wasn’t visible to dataminers until the night before the season launched, while the patch was being applied.

Right now, there are two leading theories as to what the next Fortnite battle pass and season theme will be. By our estimation, one of them seems more likely than the other, but we’ll go over both of them. One theory suggests the next season will be entirely Marvel-themed. The evidence for this is pretty simple: Chapter 2, Season 4 was an all-Marvel season, and since Epic and Marvel have some sort of multi-year deal in place, another Marvel season could happen, so why not exactly one Chapter later?

Well, here’s why not: In the storyline, the Reality Tree is screwing with the island’s landscape, magically turning current regions into throwbacks to the game’s original chapter and map. Rumors have begun to swirl that this is just a tease for more to come, and Chapter 3, Season 4 will be all about these nostalgic throwbacks to the Fortnite of a few years ago. The season will also kick off right around the game’s fifth anniversary, too, which arguably lends more credence to the rumors.

People are speculating that S4 is full of throwback due to the fact that it starts around BR’s 5th birthday and Epic updating some stuff like Planes, Mechs, 50v50, Storm King, Shockwave Launcher, 2 Marvel Mythics, Spy Games, Old Chapters’ Relics/POIs appearing & more..

With that in mind, a battle pass for such a season could mix in popular but reimagined characters we’ve seen before, such as Black Knight, Brite Bomber, and perhaps even ubiquitous heroes such as Jonesy and Ramirez.

This is the sort of article we’ll be updating aggressively as we learn more, and it won’t be long before the leaks really start pouring in, we expect. Bookmark this page and come back often as we round up all the latest rumors, leaks, and official reveals leading up to the mid-September launch of Fortnite Chapter 3, Season 4.